Prohibition Era in The Bahamas: Getting Started

Welcome to the Library research guide for HIS113: History of The Bahamas II. This guide was created to assist students to locate relevant information on the topic of Prohibition: Effects on The Bahamas.

"As early as March 1920, the Times of London reported that Prohibition had transformed the Bahamas Government's financial position as if by magic from a deficit to a comparatively huge surplus, provided labour for large numbers of unemployed Bahamians and put more money into circulation in this little British Colony than has been the case for many years."

"Prohibition was a mixed blessing for the Bahamas. On the one hand it caused an unprecedented boom in the colony's poor economy which led to an improvement in public works and social services. The newly found wealth from bootlegging, coupled with the spillover of the land boom from Miami, was used also to boost the nascent tourist industry. On the other hand, while Nassau prospered, the Out Islands were neglected, and with them, agriculture and sponge-fishing. The decade of the '20s which saw much progress in the laying of the material foundations of Nassau, also witnesses the growth of many social ills."

Select a tab to investigate different types of available resources. For example: Select the Find Books tab to search for books on your research subject or the Find Articles tab to search databases to find journal articles, research reports, and other kinds of materials. For a help on variety of special topics, library services, and the like see what is available in How to .... Finally, each page has a link to our Need Help? Ask A Librarian service so you can get additional help.

Before searching, it is important to know that (i) different resources are useful for reading about different types of information and (ii) developing a basic knowledge of your topic first could help you to understand articles more easily.

•Books treat a topic more comprehensively than journal articles and are a good place to find an overview of a topic.

•Reference sources are good for developing your underlying knowledge of a topic and clarify definitions. 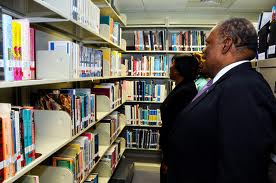 The University of The Bahamas

This course examines the history of The Bahamas from 1838 to 1980. Major themes include the development of modern Bahamian society, Bahamian nationalism and new modes of economic survival.

Upon successful completion of this course, students will be able to:

1. Identify and discuss forces which have shaped Bahamian history during the period 1838 to 1980;

2. Evaluate the social, political and cultural developments in The Bahamas since 1838; and

3. Society and Economy during the late 19th and early 20th centuries

4. The Bahamas-US connection in the late 19th and early 20th centuries

6. Women in The Bahamas in the late 19th and early 20th centuries

7. The Oligarchy under attack